There were eleven bills in the 2019 General Session that were supported by Utah Cultural Alliance. Each elected official that voted yes on these bills accrued points that go toward their final grade. Click here for a brief description of each bill and why they were endorsed by UCA.

GRADES IN SPREADSHEET FORM (SHOWS EACH VOTE AND THEIR OVERALL PERCENTAGE GRADE) OR SCROLL DOWN TO SEE LEGISLATORS SORTED BY LETTER GRADE. 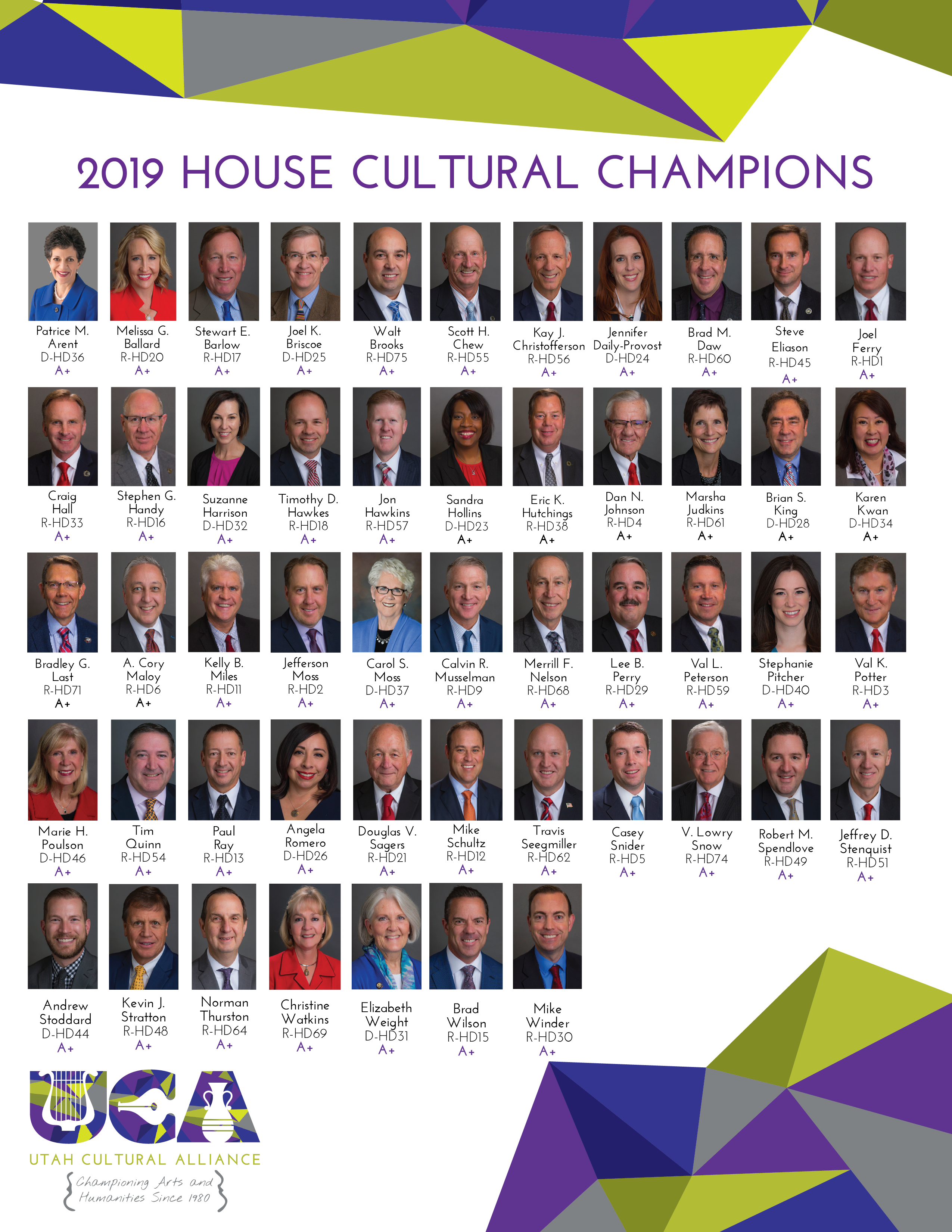 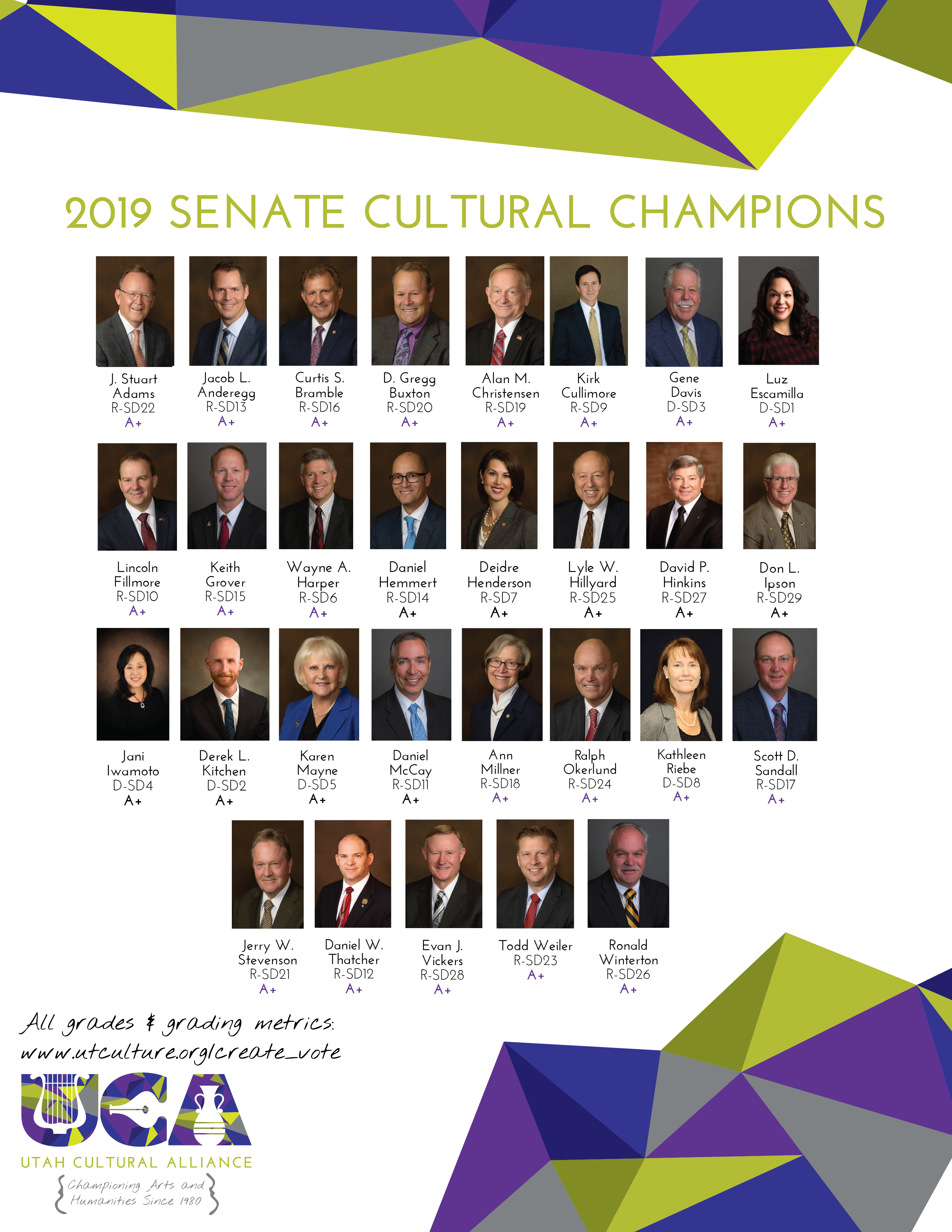