As a part of our advocacy efforts, our 501(c)4 arm -- Utah Cultural Advocacy Alliance -- tracked which elected officials voted “yes” on bills UCA deemed beneficial to the arts and humanities in our community. As a result, we created our very own, first ever, House and Senate Report Card that gives letter grades to Utah’s elected officials based on how well their legislative votes are advancing the needs and interests of the cultural community. Grades are listed below.

There were seven bills in the 2017 General Session that were supported by the Utah Cultural Advocacy Alliance. Each elected official that voted yes on these bills accrued points that go toward their final grade. Below is a brief description of each bill and why they were endorsed by UCAA.

Grades in spreadsheet form (shows each vote and their overall percentage grade) or scroll down to see legislators sorted by letter grade. 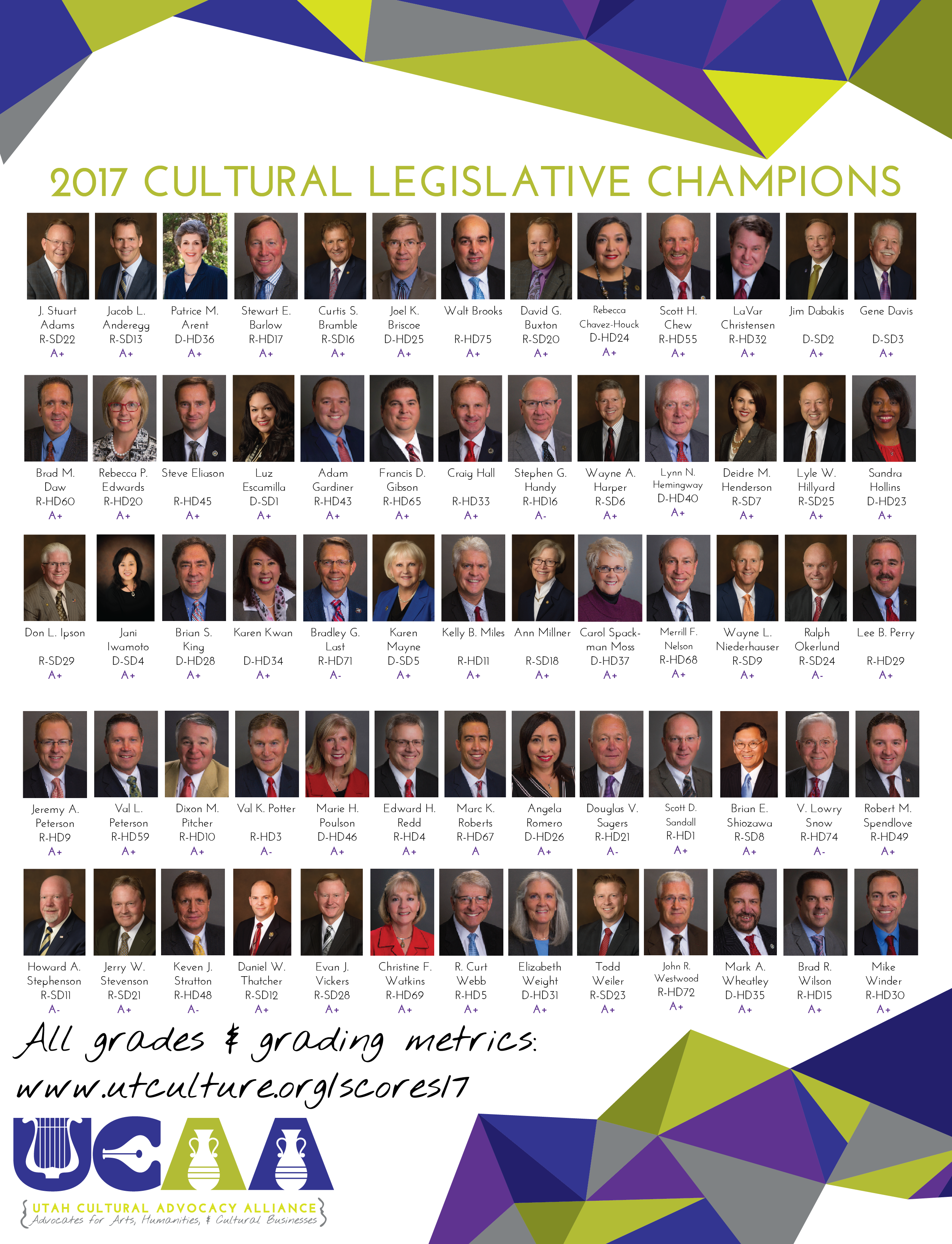 Together, these two bills designate the Spiral Jetty by Robert Smithson as the Utah state work of land art AND Native American Rock art as the state works of art. UCAA supported both of these bills because they add the first items of cultural import onto the Utah state symbols list. By including them, it sends a message that Utah cares about our cultural heritage.

UCAA supported this bill because it eases regulations from the year prior which originally made it harder to create historic districts in Utah.

UCAA supported this bill because it streamlines government by ending a procedure that the legislature wasn’t utilizing in the appropriations process.

The Utah Cultural Advocacy Alliance supports public television, especially at a time like this when public broadcasting is under attack at a federal level. This resolution in the Utah Legislature is beneficial to our cultural community. Fun Fact: The inventor of the television, Philo T. Farnsworth, was born right here in Utah.

History matters and UCAA recognizes that. This bill and the money attached to it helps educate Utahns on their history.

UCAA supported this because it eases reporting regulations and requirements attached to nonprofits.